But what will you do with the kohlrabi?

That's what several of my friends wondered when I posted this picture on Facebook. It shows the contents of this season's first delivery from One Straw Farm's CSA (community-supported agriculture) program.

This is the second time I've signed up with a CSA. You pay a local farmer an agreed-upon fee up front, and then you get weekly assortments of incredibly fresh food throughout the entire growing season. One big plus is that you get to try foods you probably wouldn't have bought (or even seen) at the grocery store. One big minus is that you may not like some of the foods you get.

I had no idea what a kohlrabi (kohlrabus?) tastes like. (It's the bulbous thing on the right. There are two of them.)

More knowledgeable friends suggested roasting them and serving them with a sauce, or shredding or slicing them and using them in a salad. I like salads. Not only because they taste good, but also because I can put just about anything in them. Here's what I put in last night's salad. 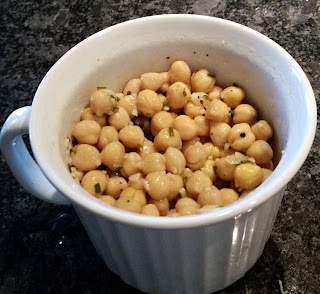 1. Several hours before dinner, I made a salad dressing of olive oil, lemon juice, Dijon mustard, chopped chives, minced garlic, and a little salt. I then opened a can of garbanzos, rinsed and drained them, and set them to marinate in the salad dressing. 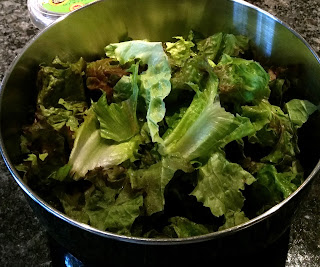 2. I prepared the red-leaf lettuce that I got from my CSA. I washed it, spun it, tore it into bite-sized pieces, and drained it further on paper towels. Eventually I put some of it in this bowl. 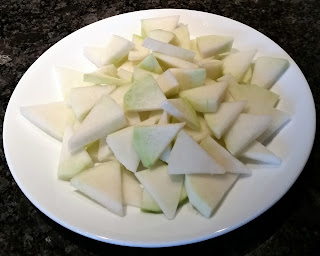 3. Next, having no idea what I was doing, I attacked the kohlrabies (yes, that is the plural: I looked it up). I removed the leaves (I hear they are edible, but I didn't want to get carried away). I sliced each bulb as fine as I could with my large chef's knife. I took a smaller knife and removed the outer rind from each slice. I noticed that some slices were woody, and I either removed the woody core or discarded those slices. I cut the slices into little triangles. I ate a few triangles to see what I was getting into. They tasted sweet and spicy with a slightly bitter undertone; they felt like crisp apples or jicama. 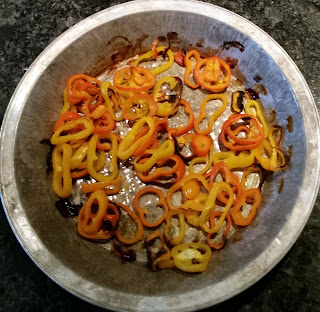 4. Since some small bell peppers in my refrigerator had no plans for the evening, I sliced half a dozen of them and popped them under the broiler until a few of them started to blacken.

I then dumped the garbanzos and dressing, kohlrabi slices, and slightly blackened peppers onto the lettuce and used my hands to toss them.

Finally, I divided the salad between two pasta bowls ... 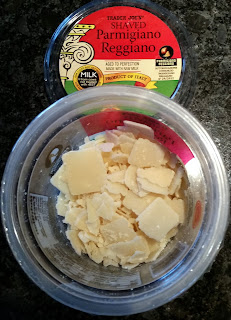 5. ... and topped each salad with about half an ounce of shaved Parmesan cheese. 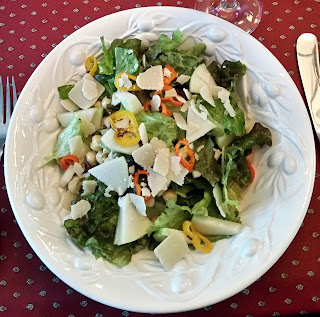 The kohlrabi slices were delicious. Their flavor was mild, but they added a little zing. Their crunchy texture worked well with the softer lettuce, garbanzos, and peppers. If I get more kohlrabies next time, I'll try to slice them thinner. The food processor slicing blade might work, or a mandoline slicer.
Posted by LaVonne Neff at 12:22 PM

Well, I've never heard of eating kohlrabi raw, and AFAIK no European would do it, but it seems to have worked! They are best cooked, however.

Yum! Now I know what to do if I encounter a kohlrabi, thanks to you. I plan to join a CSA when I land in New Mexico. It looks like there's a good one that delivers on Thursdays in a community a few minutes from my new home.