Happy Mothering Sunday to U.K. friends who have mothered me - Pat, Sue, Rosemary, Christine, Margaret - though some are younger than I am and all are too young to be my actual mother (isn't everybody)? Mothers come in various forms, often when they are most needed.

I just read two books that, to my surprise, turned out to be about mothers.

Much of Trevor Noah's Born a Crime is a tribute to his strong-willed, rule-defying, Jesus-loving, ass-whooping mother. “I thought that I was the hero of my story,” Noah told NPR’s Terry Gross, but “in writing it I came to realize over time that my mom was the hero. I was lucky enough to be in the shadow of a giant.”

And Mamaw, J.D. Vance's strong-willed, rule-defying, Jesus-loving, ass-whooping grandmother - his drug-addicted mother's mother - is the hero of Hillbilly Elegy. Without a doubt, she is the reason Vance made it through the Marines, university, and law school.

Those of us on the left side of the Atlantic have to wait a few more weeks for Mother's Day, whose thick pink cloud of sentimentality can make breathing difficult. There was nothing remotely sentimental about Noah's mother or Vance's grandmother, but they did their job and saved their kids. I'm glad their kids said thank you, and I highly recommend both books.

Though to enjoy them, you'll need to be able to appreciate, tolerate, or ignore the F-word...
Posted by LaVonne Neff at 10:19 AM No comments:

So the House Republicans are having a really hard time coming up with a healthcare plan that all Republicans are willing to support. Apparently during their seven years of saying no to the ACA, it never occurred to them that they might one day be in a position to propose something better. They just never saw this coming.

Oh, they'll pass something all right. Maybe even tomorrow. The ACA, they have always maintained, is a bad plan. They are probably right: under President Obama, American  healthcare went from worse to bad. Under any proposals the Republicans have made so far, it will go from bad to worse.

If only our lawmakers read books. Eight years ago T.R. Reid, in The Healing of America, explained why our healthcare system doesn't work. He even used entertaining anecdotes and simple language that members of Congress could grasp, if they'd take the time to read it. It's unlikely that our current president would be able to focus long enough to understand it, but he could be overruled by a conscientious Congress (is that an oxymoron?).

What we Americans need is not a tweaking or even an overhaul of our healthcare system. We need a radically new-to-America approach.

Pundits on the left argue in favor of a single-payer system. It works quite well in many Western European countries: everyone has healthcare; total costs are about half of what Americans pay; Western Europeans live longer than we do; and they tend to like their healthcare systems.

Pundits on the right argue in favor of a free-market system. No developed country has tried such an approach for at least 50 years, so they can't argue from real-world examples. They ardently believe, however, that competition would keep prices down, increase personal responsibility, and provide better care--and who's to say they're wrong?

Why don't we put it to the test? Let's have two healthcare systems. Let each state decide, by popular vote, which they want:

A. A single-payer system, financed primarily by state taxes, assuring all residents of basic, emergency, and catastrophic medical and dental care at low or no cost. Each state can decide what to do about deductibles and co-pays. Private insurance companies are welcome to offer supplementary policies for amenities such as private hospital rooms, cosmetic surgery, and excellent hospital food (joking! I don't actually believe that any U.S. healthcare system can manage good food, though a friend assures me that Swiss hospitals can, and do). States are permitted to negotiate prices with all providers, and may set caps on prices if they wish.

B. A free-market system, financed by private insurance policies purchased by individuals or corporations (to use as an employment benefit). Insurance is never required, and insurance companies are free to offer whatever benefits they choose and charge whatever they wish. States opting into this system may choose (or not) to subsidize insurance for people with low incomes. The only federal requirement is full, upfront, publicly posted disclosure of all prices--insurance, office visits, tests, procedures, hospital stays, equipment, pharmaceuticals--so consumers can easily choose among providers and provisions: otherwise the system would not be free-market.

What happens if a resident of one state goes to a different state for medical care? The person's insurance--whether publicly or privately financed--pays whatever they would pay in the person's home state, not exceeding the actual cost of the care.

After a few years of this, Americans might have a pretty clear idea of which system costs less, which one provides a  higher quality of care, which one covers a greater percentage of residents, which one operates more smoothly, which one has higher approval ratings, and so on.

I think the single-payer system is likely to work better, but maybe not. European healthcare systems work better than ours, according to Bradley and Taylor in The American Health Care Paradox, because Europeans spend a lot more on other social services than we do. By focusing on fixing problems rather than preventing them, Americans are no doubt capable of producing a single-payer system that doesn't work. Maybe, on the other hand, full disclosure of prices coupled with our entrepreneurial spirit would actually come up with something good. We'll never know unless we try.

If given the choice, would you prefer single-payer or free-market? Why?
Posted by LaVonne Neff at 6:56 PM No comments:

If ignorance is bliss, Congressional Republicans want us all to be deliriously happy 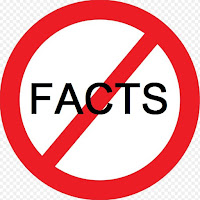 Question: What effect will the Republican healthcare proposal have on (1) the number of people who have health insurance and (2) the federal budget?
Congressional Republican answer: We don't know and we don't care.

Question: Shouldn't we appoint an independent counsel to investigate all those possible connections between Russia and the Trump campaign?
Congressional Republican answer: Not yet--and anyway, a Trump appointee is well qualified to handle any investigation.

Question: Does President Trump have financial interests that violate the Constitution's emoluments clause and/or affect U.S. relations with foreign countries?
Congressional Republican answer: We're not going to look, and we won't let you look either.

Question: What are the underlying causes of gun violence, and how can it be reduced?
Congressional Republican answer: Defund CDC research on guns and violence!

Question: Shouldn't public policy be based on knowledge, not ignorance?
President Trump's answer: "I love the poorly educated."