A nonpartisan plea to American candidates, pundits, political marketers, and my Facebook friends 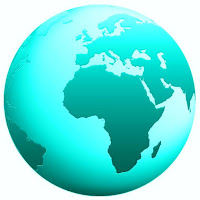 Please don't tell me what will work in 2016 and beyond unless you also show me what has worked in previous years, or what is working right now in other countries.

Take healthcare, for example. Don't tell me what will work in some theoretical universe. Show me what is already working in the universe we live in. It's not hard to find information about other countries' approaches, costs, successes, failures, and overall health results. If you want to change our current system of healthcare--and I think we all agree that changes are necessary--how about basing your recommendations on some system that is already more successful than our own?

Or consider taxes. Forget ideology. Look at our own history. When the highest earners paid a lot more in taxes, did business prosper or lag? When the trickle-down theory became popular, did inequality increase or decrease? When taxes were lowered, did we find it easier or harder to pay for things we value like roads, bridges, and veterans' benefits? When was the average American most prosperous? What was the tax structure then?

Most of us want Social Security to thrive, though we have different proposals for how this should be achieved. To those who think the system should be privatized: how about showing us what happened to pensions when they were largely privatized a couple of decades ago? Who benefited? Who lost out? To those who think earned income over $118,500 should be taxed, how do other developed countries take care of their retirees? Are any of their systems more effective than ours?

Or how about the minimum wage? We all want people to be able to find work that will support themselves and their families. Did American businesses thrive or languish when our minimum wage was proportionately much higher than it is now? Was poverty more or less widespread? Many other developed countries have a minimum wage that is higher than ours. Has this helped or hurt their economies? Has it helped or hurt job-seekers?

Or gun control. Are we safer when citizens are armed, or when they are not? What has happened in countries that have restricted gun ownership? How do our homicide and suicide rates compare to those of countries who regulate firearms more strictly than we do? What proportion of our homicides and suicides are gun related? Do countries that restrict firearms have a large number of criminals who use them anyway? If not, how do they prevent this?

Or abortion, a contentious subject if ever there was one. Instead of positing a paradise (for either conservatives or liberals) where no unwanted child is ever conceived, how about looking at what actually reduces the abortion rate? Which countries have a lower abortion rate than ours? Which ones achieve this without increasing maternal death from unsafe abortions? What policies and practices enable women in the more successful countries to avoid unwanted pregnancies and to raise the children they have conceived?

Or foreign policy, or civil rights, or regulation of financial institutions, or immigration, or education, or the environment, or poverty, or ...

None of these issues are new to Americans. We have dealt with all of them before--sometimes with good results, sometimes not. Why aren't we paying more attention to what has worked, and what has not worked, in the past?

And none of these issues are unique to Americans. Other countries also deal with healthcare, taxes, pensions, wages, firearms, abortion, and a host of other concerns. We can see where they are succeeding and where they are failing. Why aren't we paying more attention to what works, and what does not work, elsewhere?

I'm tired of exhausted ideologies. I'm tired of tear-jerking anecdotes about individuals who illustrate your point of view, or mine (it is easy to find heartwarming or infuriating stories that bolster opposite viewpoints on every one of the issues listed here, but they prove nothing). I want real-life, broad-scale examples from history or from other countries, well supported by reliable data.

The information is readily available. If you want my vote, or my respect for your opinion, inform yourself--and then show me what works. In the real world.
Posted by LaVonne Neff at 4:43 PM 2 comments:

If you wanted to read a romance novel, my friends might not be the first people you'd turn to for recommendations. I've been an English teacher and a book editor, and the people I know tend to have high brows (considerably higher than mine); many of them actually enjoy literary fiction.

Yet when I--inspired by romance novelist Kristan Higgins's eloquent defense of her chosen genre in Publishers Weekly--wanted to branch out and read a romance, I asked my Facebook friends anyway, even though I feared they would limit their suggestions to Jane Austen and the Brontë sisters.

Here is a list of romances, mostly series, recommended by an assortment of bibliophiles including several published writers, some editors, a publisher, a linguist, a bookstore assistant and other dedicated bookworms. "I read them with NO apology," wrote a multilingual physician.

If you'd like a longer list that includes some of these books as well as Pride and Prejudice and Jane Eyre, a retired English teacher recommends that you check out NPR's "Happily Ever After: 100 Swoon-Worthy Romances."
Posted by LaVonne Neff at 7:22 PM 1 comment: