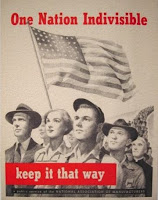 A lot of people are worried. Terrified, even. With Trump in the White House, they believe, we're flirting with World War III, a second Great Depression, a tyrannical destruction of life, liberty, and the pursuit of happiness for all Americans except white billionaires with shriveled consciences.

Actually, that doesn't sound so far-fetched.

1. Quite a few Super Bowl ads promoted compassion, working together, and respecting the dignity of every human being.

2. Organizations that advocate for civil rights are seeing a major increase in donations.

3. Republican pundits are saying complimentary things about the Clintons and Obama.

4. Democratic pundits are saying complimentary things about the Bushes and Reagan.

5. Men everywhere are realizing that hair dye and comb-overs are counterproductive.

6. People of various persuasions are phoning their lawmakers and marching on behalf of important causes.

7. Women are feeling empowered to report sexual assault, and men are realizing how many women have experienced it.

8. White people are starting to listen to what people of color have been trying to tell them for years about the pervasiveness of racism in America.

11. More people are paying attention to what the Constitution actually says.

12. Republicans are trying to figure out a way to offer more Americans better healthcare at lower prices (good luck with that!).

13. Americans have become more aware of the need to reform our immigration system so as not to exclude the people who will work with us to keep our country great.

14. People know more than they used to about protecting themselves from narcissists and gaslighting.

15. The importance of the media - and of trained, responsible journalists who strive to tell the truth  - has never been clearer.

16. The corrupting influence of money in government has never been more obvious.

17. Someone invented an app that turns pictures of Trump into kittens.

18. A bright light is shining on our lawmakers, enabling us to see who will stand up for principle and who is willing to sell their soul for presumed votes or for access to power.

19. More people are advocating for reforming our electoral system so that every American can easily and legally vote.

20. Several striking videos have highlighted the importance of treating one's wife with respect.

21. More Americans are paying attention to what's going on in the rest of the world.

22. Millennials now know why voting is important, even if their favorite candidate isn't on the ballot.

23. "Saturday Night Live" is funnier than ever.

24. Americans have taken a sudden interest in European history of the 1930s.

When danger threatens, people often forget their differences and pull together for the common good. Is that happening now? Are conservatives and liberals joining forces to combat selfishness, incompetence, and insanity? If so, then this worst of times could turn into the best of times, and America could once again be a place where people of differing opinions work side by side to craft solutions that benefit everybody.

Together, we can make America great the old-fashioned way--not through corruption, lies, and bullying, but through honesty, humility, respect, responsibility, decency, hospitality, humor, kindness, justice, and the openhanded, welcoming generosity that once defined our nation to the world.
Posted by LaVonne Neff at 8:34 AM 5 comments: