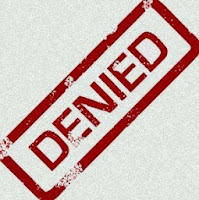 Yes, President Obama said that if we like our health insurance, we can keep it.

Yes, that turned out to be false for a few million people.

Yes, the President chose his words poorly. Whether or not health reform became the law of the land, there’s no way any President could have known if we’d be able to keep our health insurance from one year to the next.

And with the changes mandated by the Affordable Care Act, insurance continuity would be even more of a crap shoot. Companies would tinker with benefits and prices in hopes of keeping the cash flowing after the reforms kicked in. They would certainly cut unprofitable policies or raise their prices stratospherically, or both. This was happening long before Obama took office; surely it would happen even more as insurance companies were required to, well, insure people.

So President Obama should not have made a promise he couldn’t keep.

However, I don’t think the President intentionally lied. I don't think he was naïve about insurance companies. I think he was naïve about Americans. I suspect he had no idea that so many Americans would actually like and want to keep those individual policies that
And that pretty much describes most of the policies that have shut down as a result of the Affordable Care Act.

Oh, how they will be missed.
Posted by LaVonne Neff at 5:23 PM

I'm reminded of the people Hannity had on his show. An actual reporter interviewed them and researched the exchange and discovered they could obtain a better policy at significant savings over what they had been paying.

They hadn't looked at the exchanges and said they weren't going to because they were adamantly opposed to Obamacare.

I remember being desperately poor as a teen parent and through much of my early adult life. It must be nice to be so well to do that you can afford to pay significantly more for no rational reason.