Health care is a moral issue 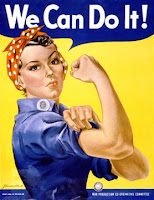 A couple of weeks ago I previewed T.R. Reid's The Healing of America. I'm happy to see that today it is #18 on Amazon's sales ranking, #11 on Publishers Weekly's hardcover nonfiction best-seller list, and #6 on the New York Times hardcover nonfiction best-seller list. With Congress deadlocked on health-care reform and President Obama scheduled to speak to the nation about health care tomorrow night, this is a book everyone should read. Immediately.

I'm going to be reviewing it for Christian Century, and once I've written and they've posted the review, I'll link to it here. (October 15: CC is hot off the press. Click here.) The mills of God and publishing grind slowly, however, so meanwhile let me emphasize three of Reid's important points:

1. “The primary issue for any health care system is a moral one." If we believe no one should die for want of access to health care, we can find a way to provide care for all. If we believe health care is a commodity like TVs and automobiles, we can continue to exclude those who can't pay. “All the developed countries I looked at provide health coverage for every resident, old or young, rich or poor. This is the underlying moral principle of the health care system in every rich country—every one, that is, except the United States.”

2. It is possible to improve health care and save money at the same time. Hey, those other rich nations that provide health care to everybody spend about half as much per capita as the United States spends, and their citizens also live longer and enjoy better health. If we are willing to study the ways other developed nations handle health care, we're smart enough to devise an approach that suits our needs.

And by the way, we don't need to fear "socialized medicine," whatever that may be. As Reid points out, "the term was popularized by a public relations firm working for the American Medical Association in 1947 to disparage President Truman’s proposal for a national health care system. It was a label, at the dawn of the cold war, meant to suggest that anybody advocating universal access to health care must be a communist.” In fact, successful health-care systems in other countries have widely varying approaches, ranging from public funding and public health-care provision (Britain) to private insurance and private providers (Germany, Japan, France, Belgium, Switzerland, Japan). In fact, some European systems are considerably more private than ours.

3. The biggest source of waste in American health care comes from our approach to insurance: “20 cents of every dollar people pay in premiums for health insurance doesn’t buy any health care.” Insurance per se isn't the problem. Many developed countries, like the United States, rely on competing private insurance companies to pay health-care bills. There is just one major difference between their systems and ours: most of our private insurance is for-profit, and all of their insurance that pays for basic health care is not-for profit.

Reid does not discuss the army of lobbyists currently working feverishly to sway public opinion and persuade Congress to veto any significant reform, nor does he mention the enormous contributions made by health-care lobbyists over the last five years to key Senators and members of Congress. His book was completed before Wendell Potter, former head of corporate communications at CIGNA, blew the whistle on common unfair industry practices, so he doesn't mention Potter either. Likewise, he is silent about possibly excessive executive compensation at health insurance companies.

Reid is not concerned with abuse and corruption in the health-care industry so much as with flaws in the system itself. Even operating at its best and most honest, a for-profit insurance system cannot provide health care for everybody as cheaply as a not-for-profit private company or a public system. This is counter-intuitive to free-market advocates, but Reid backs up his assertions with figures: contrast 20% administrative costs in America with 6% in Canada, 5% in France and Britain, less than 2% in Taiwan.

1. again (this is Reid's most important point): “The primary issue for any health care system is a moral one." If we have the will to care for all our people, we will find a way. I was thinking about that Sunday while listening to the day's readings from the Revised Common Lectionary:

The rich and the poor have this in common:
the LORD is the maker of them all.

Whoever sows injustice will reap calamity,
and the rod of anger will fail.
Those who are generous are blessed,
for they share their bread with the poor.
Do not rob the poor because they are poor,
or crush the afflicted at the gate;
for the LORD pleads their cause
and despoils of life those who despoil them.
--from Proverbs 22

Listen, my beloved brothers and sisters. Has not God chosen the poor in the world to be rich in faith and to be heirs of the kingdom that he has promised to those who love him? But you have dishonored the poor. Is it not the rich who oppress you? Is it not they who drag you into court? Is it not they who blaspheme the excellent name that was invoked over you? ... If a brother or sister is naked and lacks daily food, and one of you says to them, "Go in peace; keep warm and eat your fill," and yet you do not supply their bodily needs, what is the good of that?
--from James 2

The Proverbs reference is a really great reference for this debate:
The rich and the poor have this in common:
the LORD is the maker of them all.
Whoever sows injustice will reap calamity,
and the rod of anger will fail.

Very true. When you unjustly declare the property of one person or group of persons as a "right" to another group, it is unjust. Indeed, calamity will be reaped.

Those who are generous are blessed,
for they share their bread with the poor.

Notice here that those who are generous will be blessed, not those who are generous with other people's labor and resources. Bringing social justice is not just if it means enacting laws that reflect the envious position of the so-called generous toward the property of those who are wealthy. I believe that if a person has wealth, it is their responsibility to do good with that wealth. If a person is not wealthy, or perhaps already gives everything they can toward social justice, the next step is to gather alongside their ethic and passions those who can also do more toward social justice.
Do not rob the poor because they are poor,
or crush the afflicted at the gate;
for the LORD pleads their cause
and despoils of life those who despoil them.

Social justice will also not truly exist when insurance companies are not living up to their end of the contract they have made, and when the defraud anybody, especially the poor. Also, if doctors are doing illegal operations or unethically treating somebody, the law needs to come to bear upon those who break it. Under the rule of law in a free market, nobody "takes from the poor" merely because they are poor, because the rule of law ensures whatever transactions take place occur voluntarily and non-coercively (which means peaceful activity).

Last Friday I went to the local big box bookstore to purchase a copy of "The Healing of America." They were sold out! I had to order it online. I look forward to receiving it any day and digging in. Thanks for the review.